Some Behind the Scenes Photos

In the last 2 years I have taken some extra time while going through literally thousands of slides, photos, contact sheets and negatives. Something that I have found most intriguing lately, are the abundance of ‘behind the scenes’ shots of the director and crew at work, or the actors taking a break or shots of the set, lights and film equipment. These pictures tell a story of what was going on behind the camera and without this archival material, they would never be seen. Here is a quick look at some of these rare and never before seen pictures: 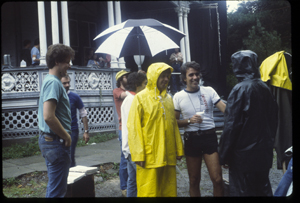 Behind the scenes on the set of Armand Weston's 1979 thriller, 'The Nesting'

On the set, 1977 footage from the archives of Metzger's " Maraschino Cherry"

Behind the Scenes: Armand Weston's 1978 masterpiece, 'Take Off'', the crew is hard at work 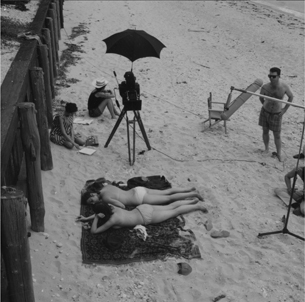 Behind the Scenes: Joe Sarno's 1966 Sexploitation film, 'The Bed and How to Make It", which was shot for NYC based Distribix. The film's producers are pictured in the background.

Behind the Scenes: Ron Sullivan's 1967 hit, 'Lust Weekend',which was shot for Sam Lake Enterprises, notice that a young Ron is assisting his DP