Introducing, the brand new DVD Release of the The Billy Bagg Double Feature: The Adult Films of Bill Lustig, is now available for pre-order on many online sites, or directly for retail from Distribpix.com. The package contains both of Bill Lustig’s early X rated features, The Violation of […] 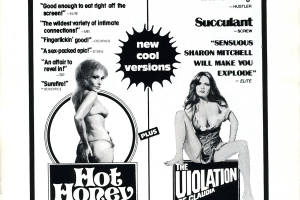 Coming this summer from Distribpix Inc.- Bill Lustig’s NY Erotica, a double bill featuring both of his X rated films from the 1970’s. Both films have been restored with brand new 2k scans, color correction and digital scratch removal. Each film has an intensely educational commentary track moderated […]