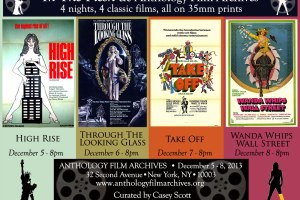 ANTHOLOGY FILMS- IN THE FLESH SERIES