Be a Photographer for Misty Beethoven!

It’s a little known fact that in 1975 when Radley Metzger shot footage in Paris and Rome for “The Opening of Misty Beethoven,” he borrowed local crew and equipment to do so. Whether you missed the opportunity to be part of his crew because you missed the Metro […]

Be a part of “The Opening of Misty Beethoven”- Audio Commentary

I would like to take this opportunity to thank everyone for all of your wonderful feedback and support on the releases of “The Private  Afternoons of Pamela Mann” and “Naked Came The Stranger”. Currently, we are in the process of restoring the original film elements of “The Opening […] 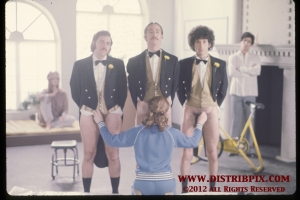 Naked Came the Stranger is starting to arrive in customers’ mailboxes and the response so far has been extremely positive. Thank you! A couple of people have encountered minor issues getting to some of the content, so here’s a quick run-down of workarounds: The Dolby Digital 5.1 Audio […]