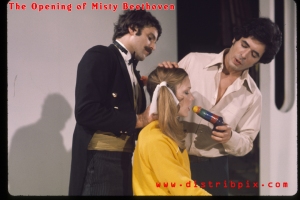 Naked Came the Stranger is starting to arrive in customers’ mailboxes and the response so far has been extremely positive. Thank you! A couple of people have encountered minor issues getting to some of the content, so here’s a quick run-down of workarounds: The Dolby Digital 5.1 Audio […]

“Naked Came the Stranger,” Penelope Ashe’s torrid novel of adultery and revenge, exploded onto the literary scene in the summer of 1969. Ashe, a “demure Long Island housewife,” regaled every television and radio show host who would listen to her with tales of how she brought the sultry […]

“Naked Came The Box Art”: The Anatomy of a DVD Box Cover

This is an account of the creation of the box art for our new DVD release of Radley Metzger’s 1975 classic, “Naked Came The Stranger”. From concept to completion, I will take you on a tour through the many versions of the box cover along with explanations of […] 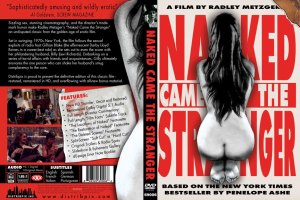 CLICK HERE TO GO DIRECTLY TO THE DISTRIBPIX STORE.