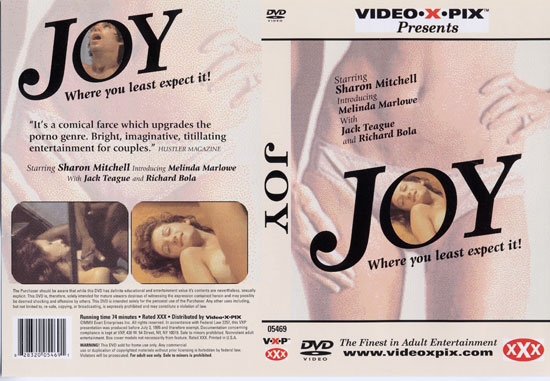 Please come and join us this Sunday night at the Anthology Film Archives in NYC, for the X rated screening of Harley Mansfield’s, 1977 classic, Joy( aka Sex Crazy, aka Meet The Rapists).  Sharon Mitchell plays the lead character, Joy. She takes on the roll of a reverse rapist and with the help of all the females in the entire city, her mission quickly spreads into an epidemic. Men are raped at an alarming rate, they are not safe anywhere, not even in an elevator( Herschel Savage), not in the streets( R. Bolla), nowhere. The rugged and seasoned cop( Jake Teague) takes on the case and assigns his best man(Jesse Wilson) to try and turn the tables on Joy.  The films is funny, but also can be very dark at times. Excellent performances by Sharon Mitchell and Richard Bolla. Some great scenes, including a ride on a NYC subway car( Frank Kenwood) and a sizzler in the bathroom of Newark airport, with many legendary woodsman and performers of the era.

This is going to be a wonderful event and I would encourage you to come out and attend. I will be with the film’s star, Sharon Mitchell, and other special guests, including the film’s director!!!!There will be the screening and Q/A with the cast/crew.

Here are some never before seen images from the Distribpix contact sheets for Joy. This weekend, I will be sitting down with Sharon Mitchell and Harley Mansfield, for a thorough audio session, where we will discuss the making of this hilarious and rather odd film. It will be used for the new HD version, as well as an informative podcast recording. Take a look at some of these images and tidbits, you will be satisfied. 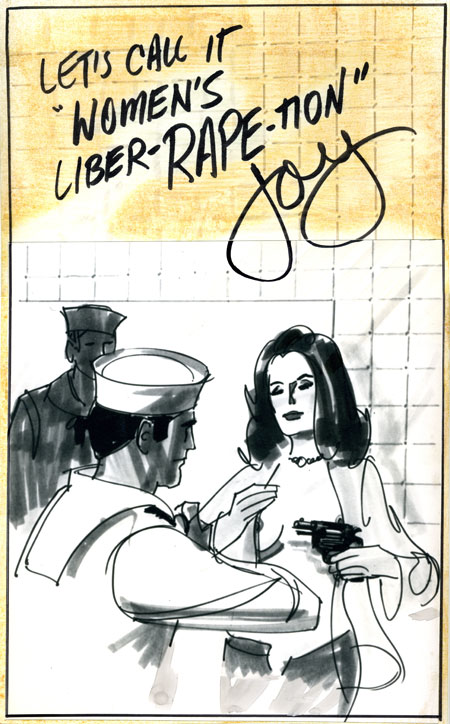 As you can see from the above illustration Joy is certainly the aggressor, this is part of the art campaign.

In this amazing and epic scene, Joy takes on 2 sailors (Dave Ruby, Roger Caine) one pilot( Terry Austin), and a businessman( Eric Edwards). Yes, this was shot in Newark Airport, now called Liberty International, I think.

A very interesting fact that Sharon had shared with me during our last commentary a few months ago, was that the day before this above scene was shot, Jay had undergone surgery for his appendix. Amazingly, he was at work and on the set, with no problems. If you look closely at the contact shot above, you can see a bandage, on his right abdomen.

Where did the above subway scene get shot? Was the train really moving? How did they ever pull of off this type of high profile filming on a public mode of transportation, in NYC? All these answer and more, at the Q/A sunday night!