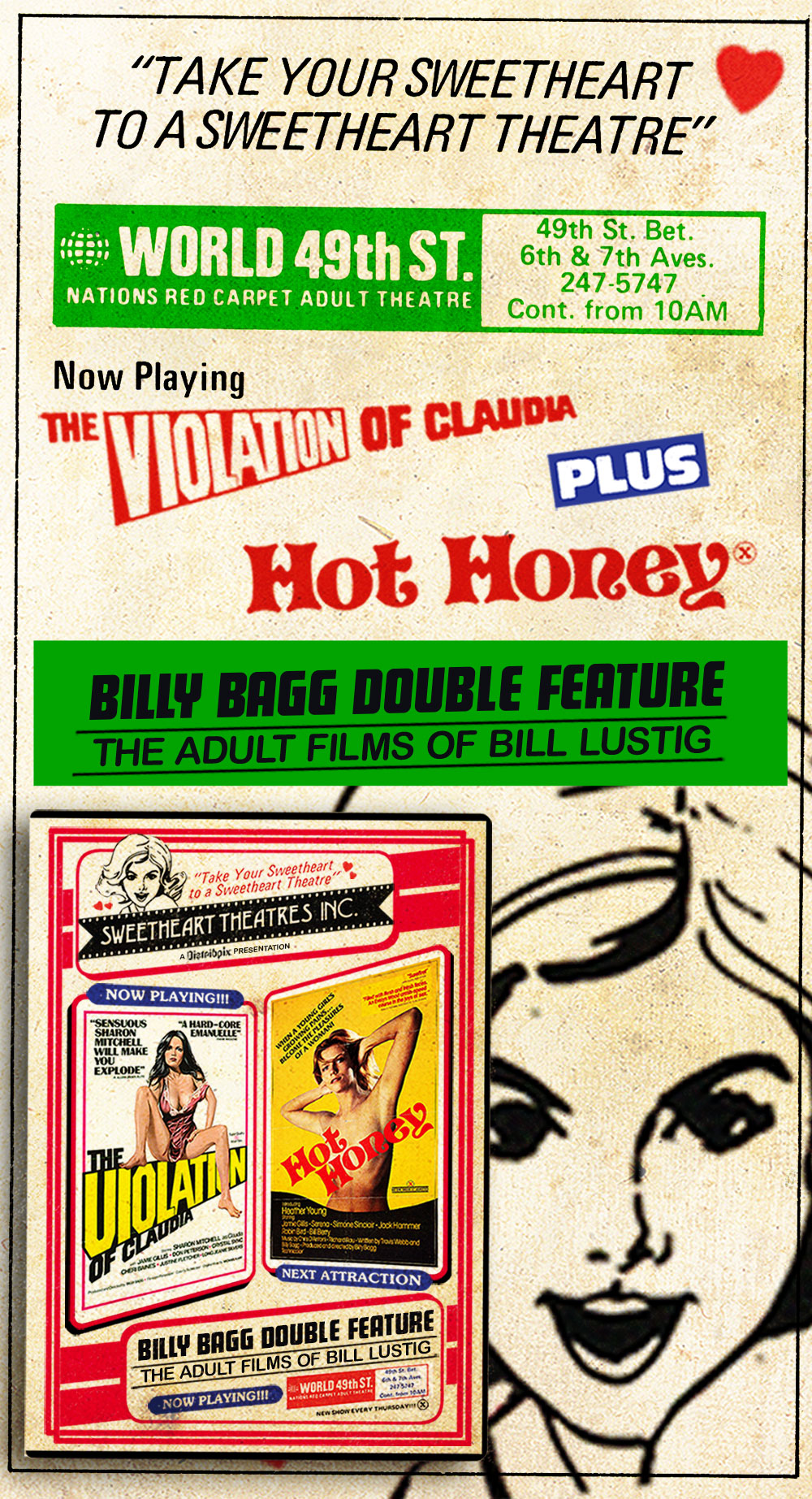 Introducing, the brand new DVD Release of the The Billy Bagg Double Feature: The Adult Films of Bill Lustig, is now available for pre-order on many online sites, or directly for retail from Distribpix.com. The package contains both of Bill Lustig’s early X rated features, The Violation of Claudia and Hot Honey. Both films haven been restored in 2k from their original negatives. Color correction and digital scratch removal software was used to help restore the image and bring the films back to life. They now exits for the first time ever on home video in their original aspect ratios of 1.85:1. Besides both UNCUT features, original theatrical trailers, and an exclusive slide and ephemera gallery, there are 2 stellar audio commentaries with director Bill Lustig(Maniac Cop, Vigilante), one for each film. Each commentary is moderated by super famous, Danish Filmmaker, Nicolas Winding Refn(Drive, Bronson, Valhalla Rising). 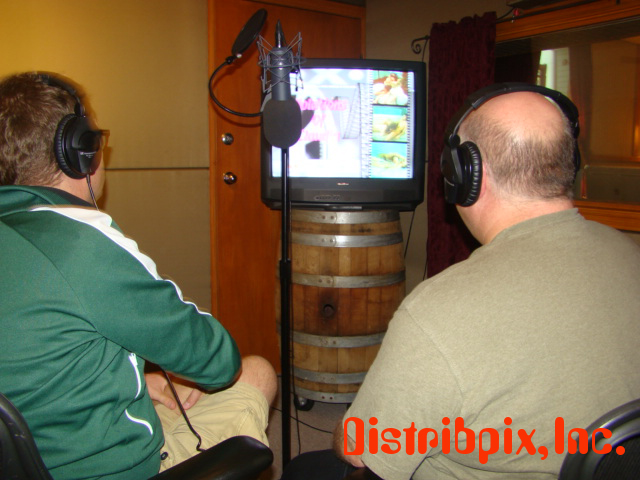 I truly feel that these commentaries are very special. They were recorded while Nicolas was in Hollywood filming Drive, he was gracious enough to take 3 hours out of his day and meet with Bill, in a Burbank Sound studio. What came from that recording session was magical. The sessions were not only incredibly entertaining, but full of facts and tidbits about Bill Lustig’s early days of filmmaking. For any fan of Bill Lustig or Nicolas Winding Refn, this package is a must have.

Here is the reversible box art for this release, which is also the first edition of the Sweetheart Theatres, line of DVD’s, now available at www.distribpix.com 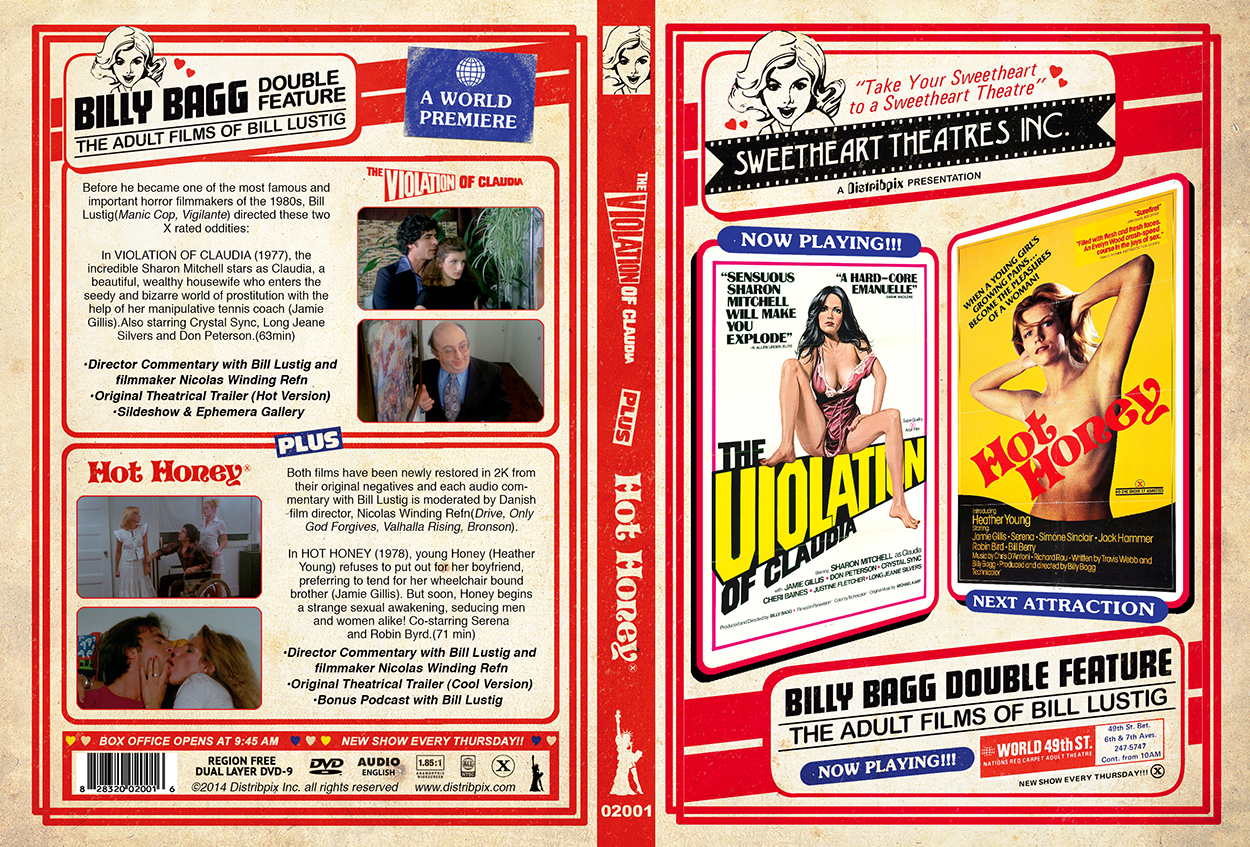 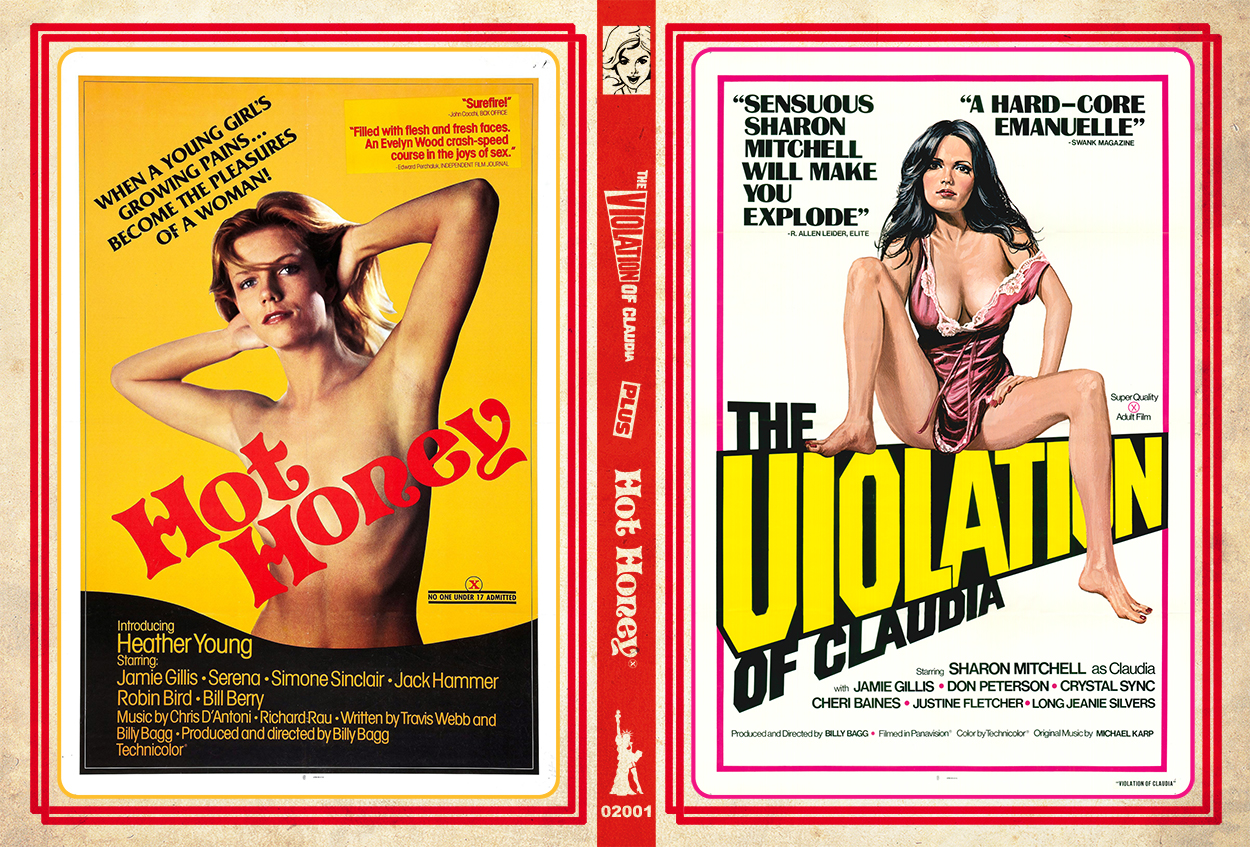 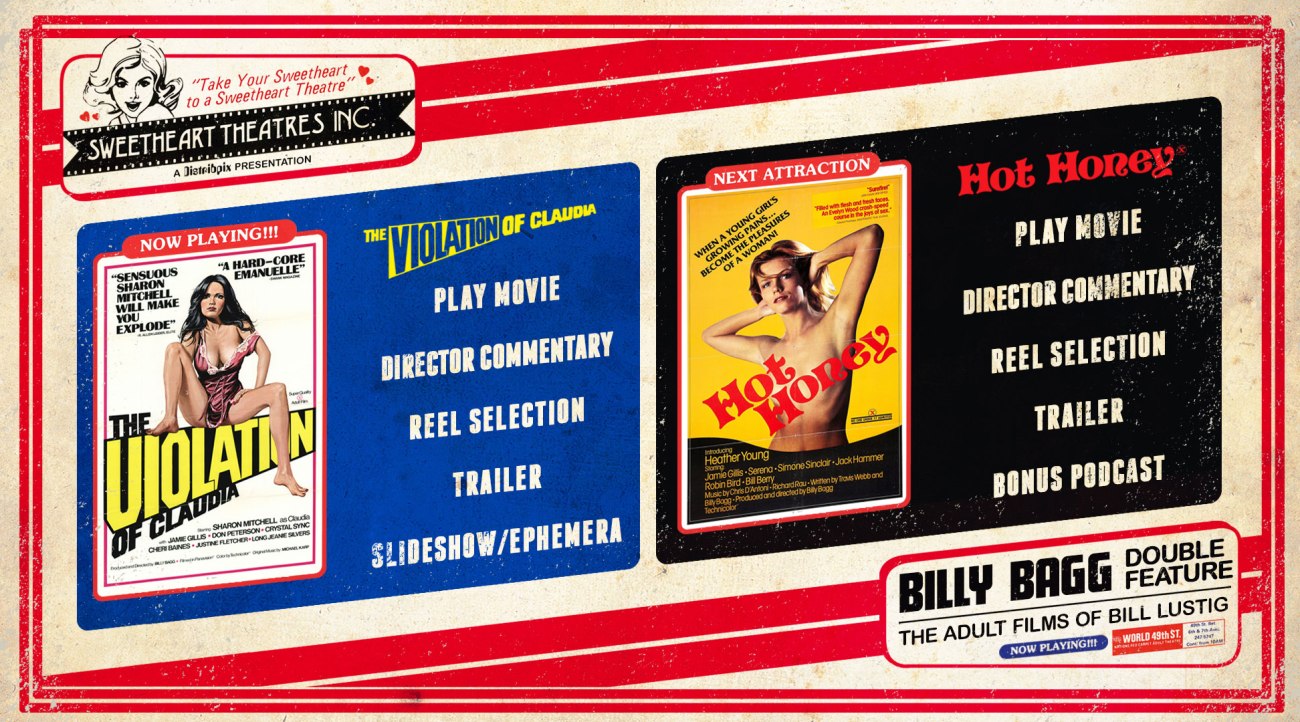 Here are a variety of screen grabs taken from each feature:

In VIOLATION OF CLAUDIA (1977), the incredible Sharon Mitchell stars as Claudia, a beautiful, wealthy housewife who enters the seedy and bizarre world of prostitution with the help of her manipulative tennis coach (Jamie Gillis).Also starring Crystal Sync, Long Jeane Silvers and Don Peterson.(63min) 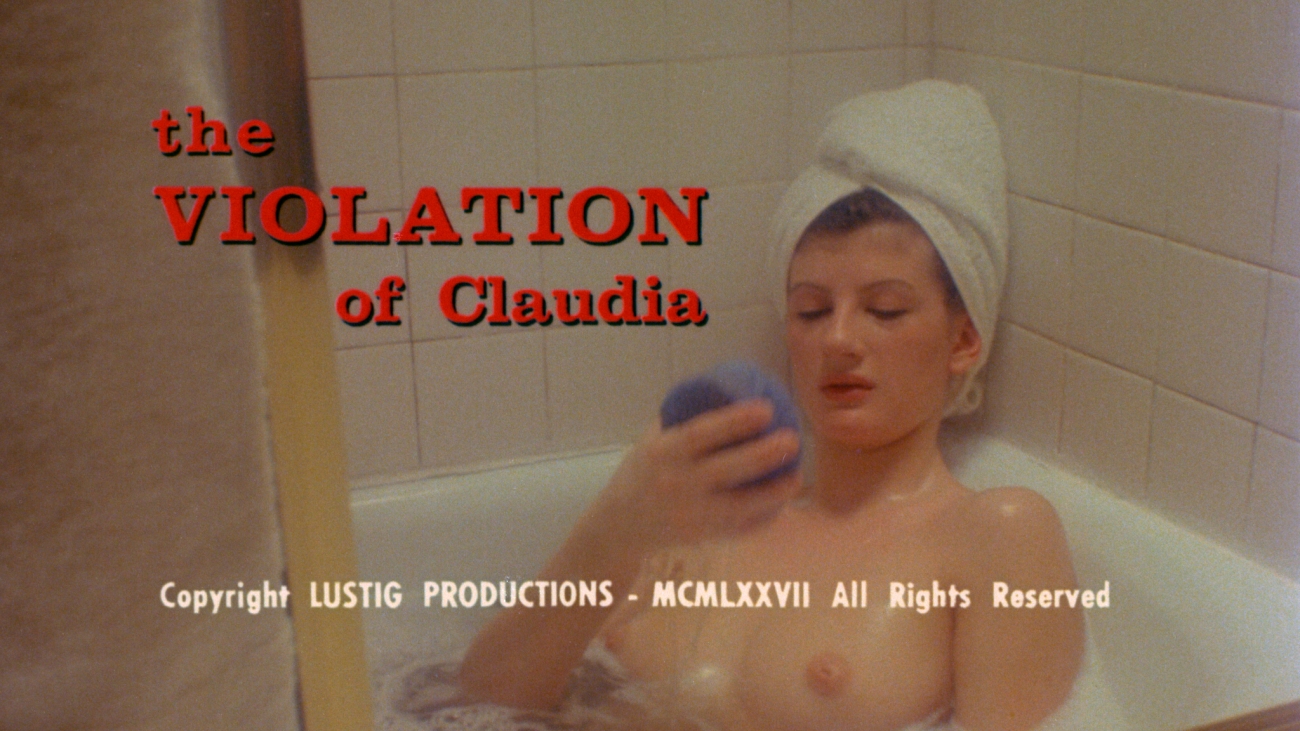 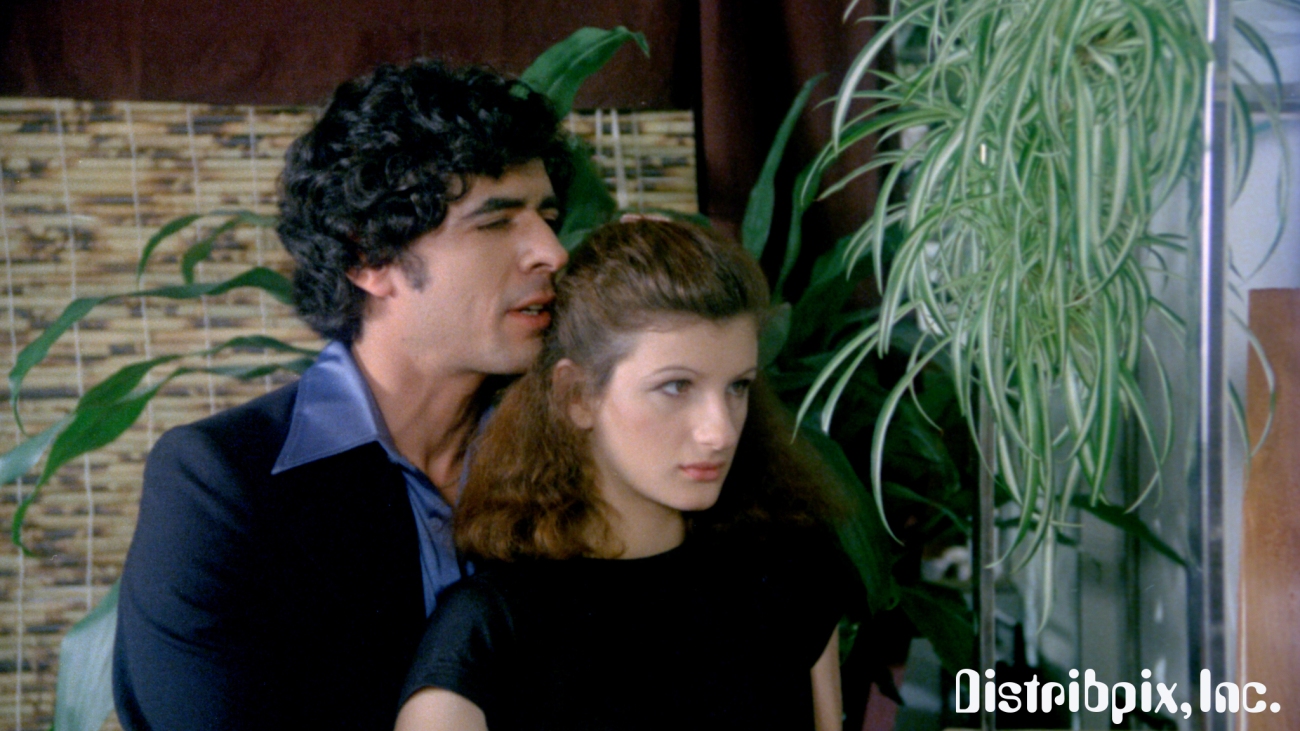 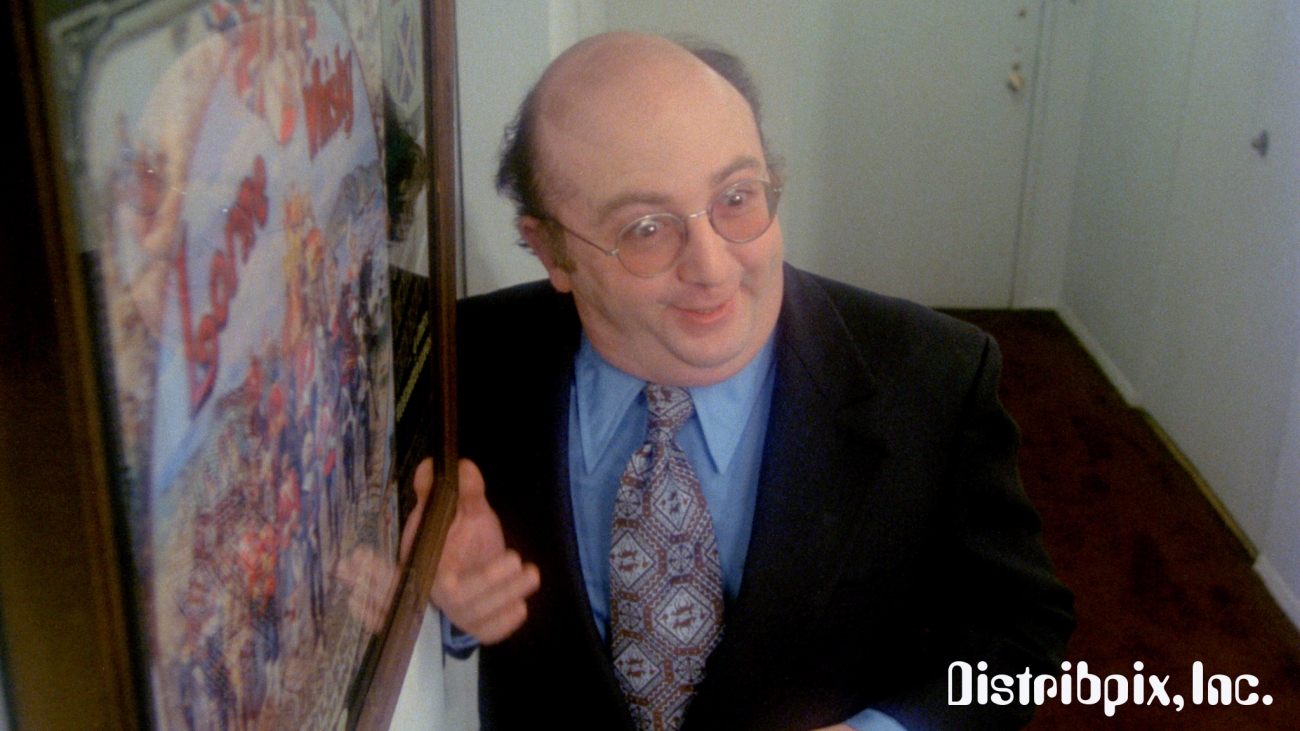 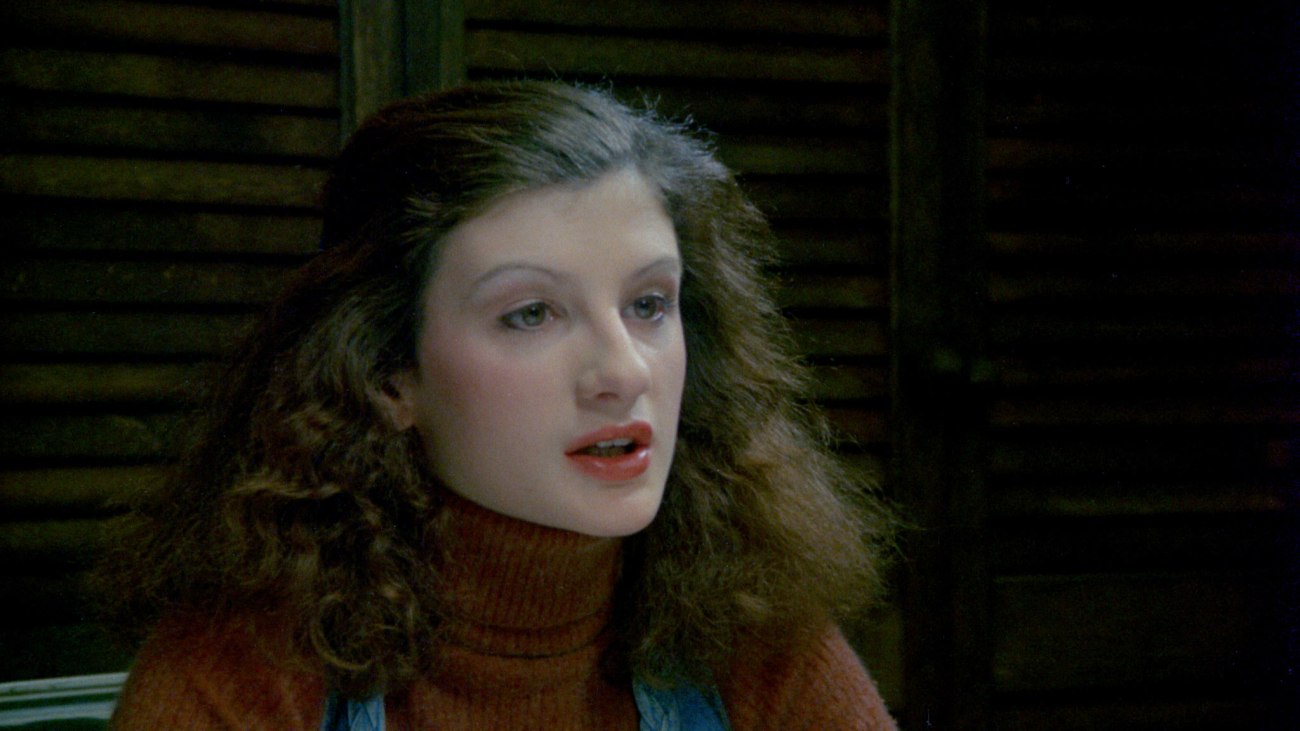 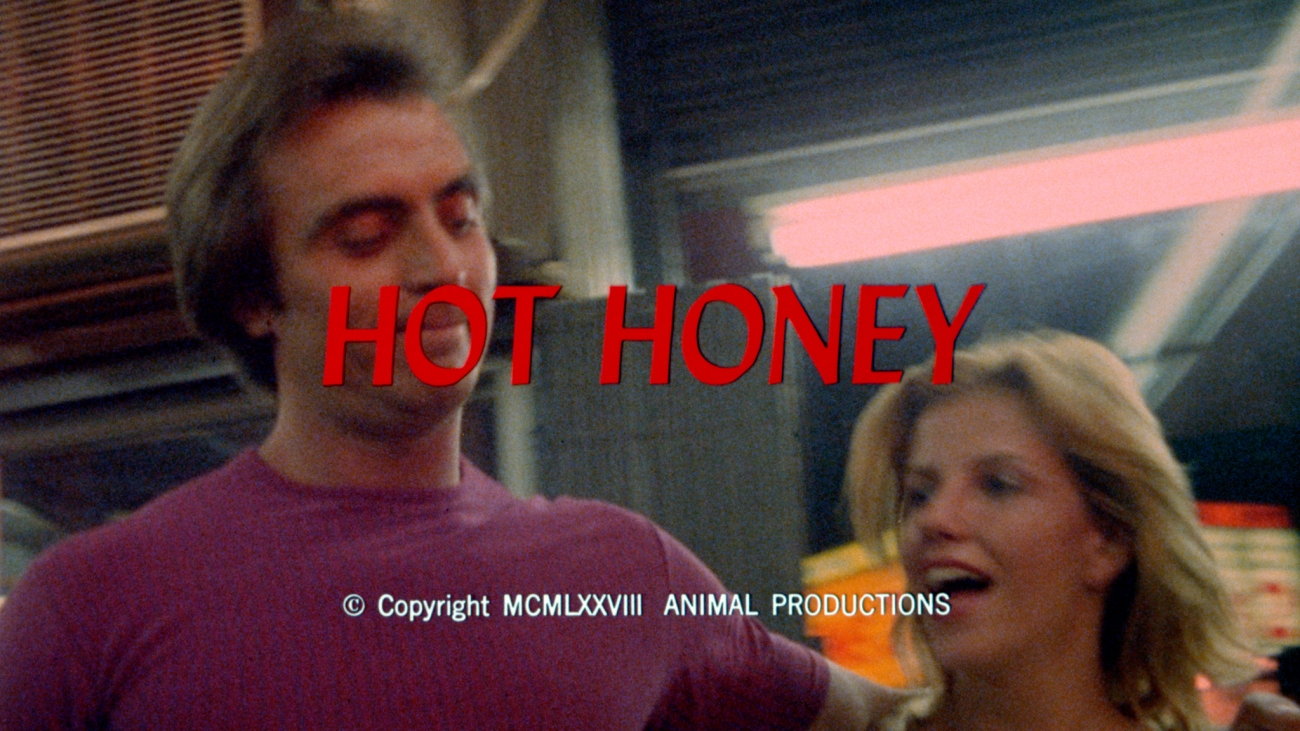 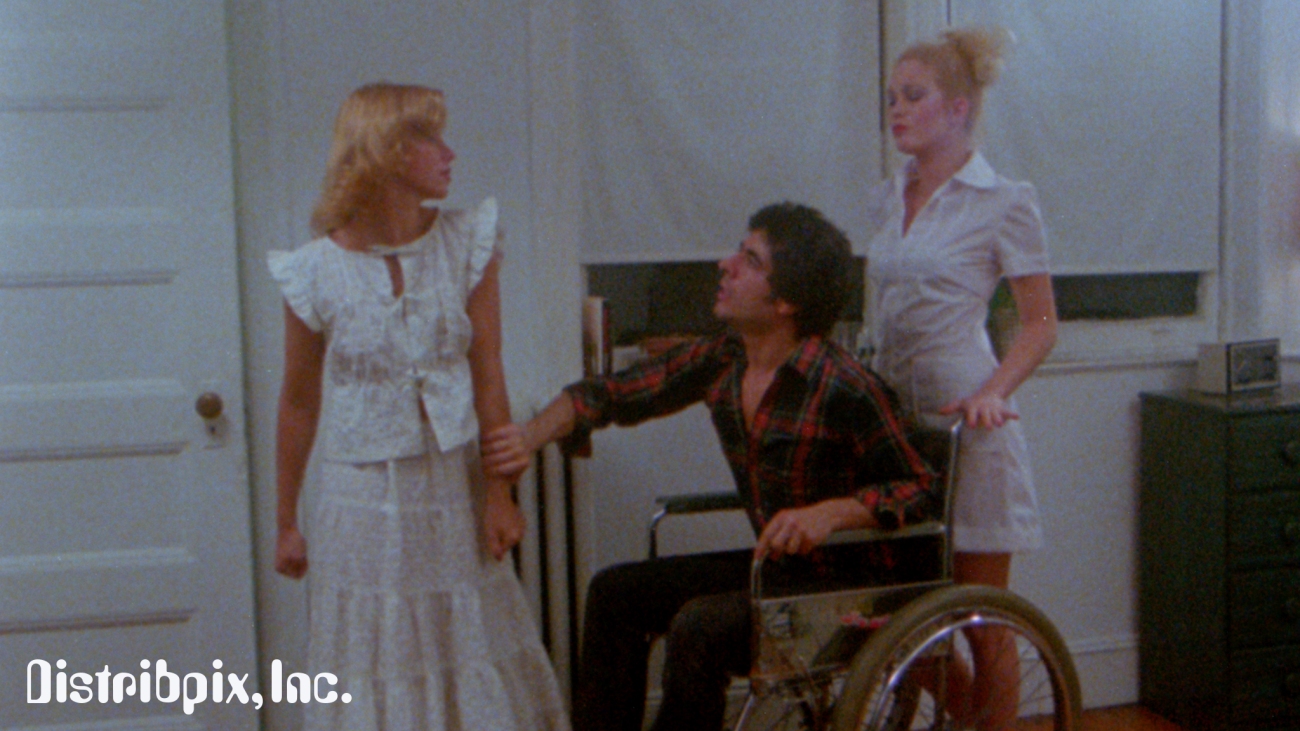 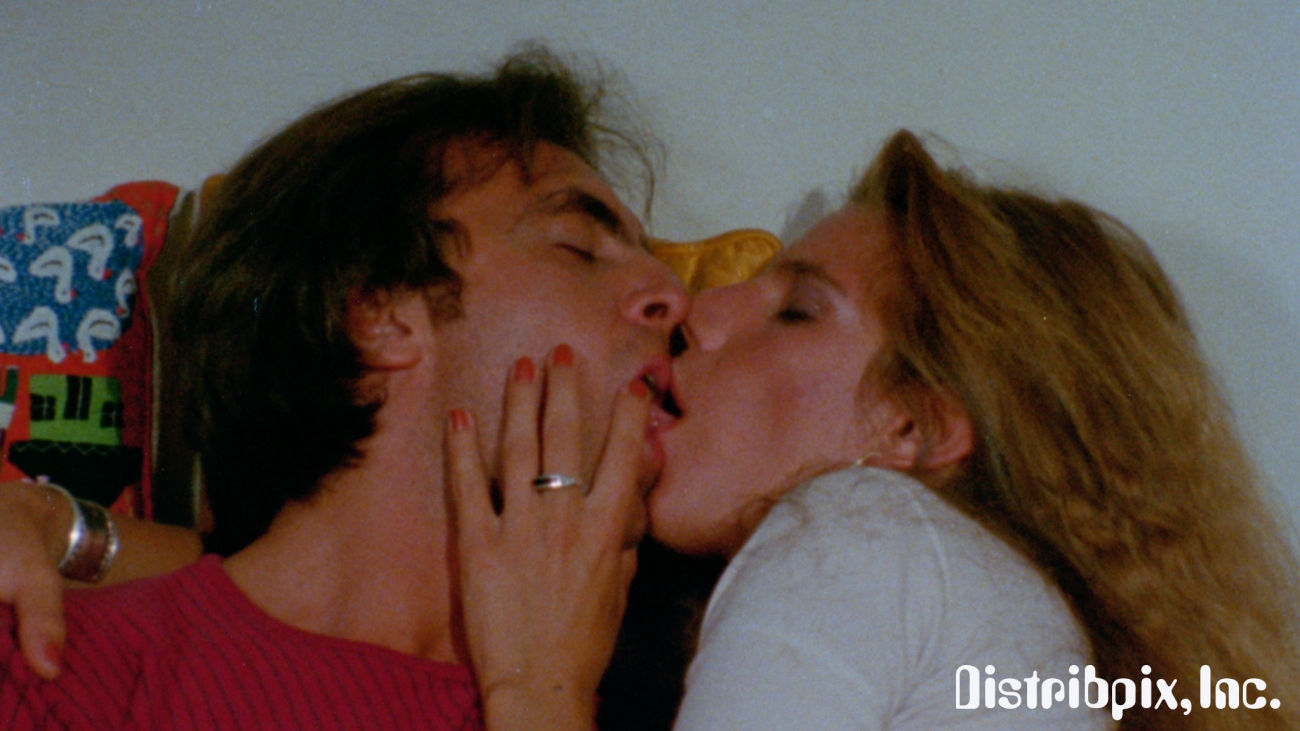 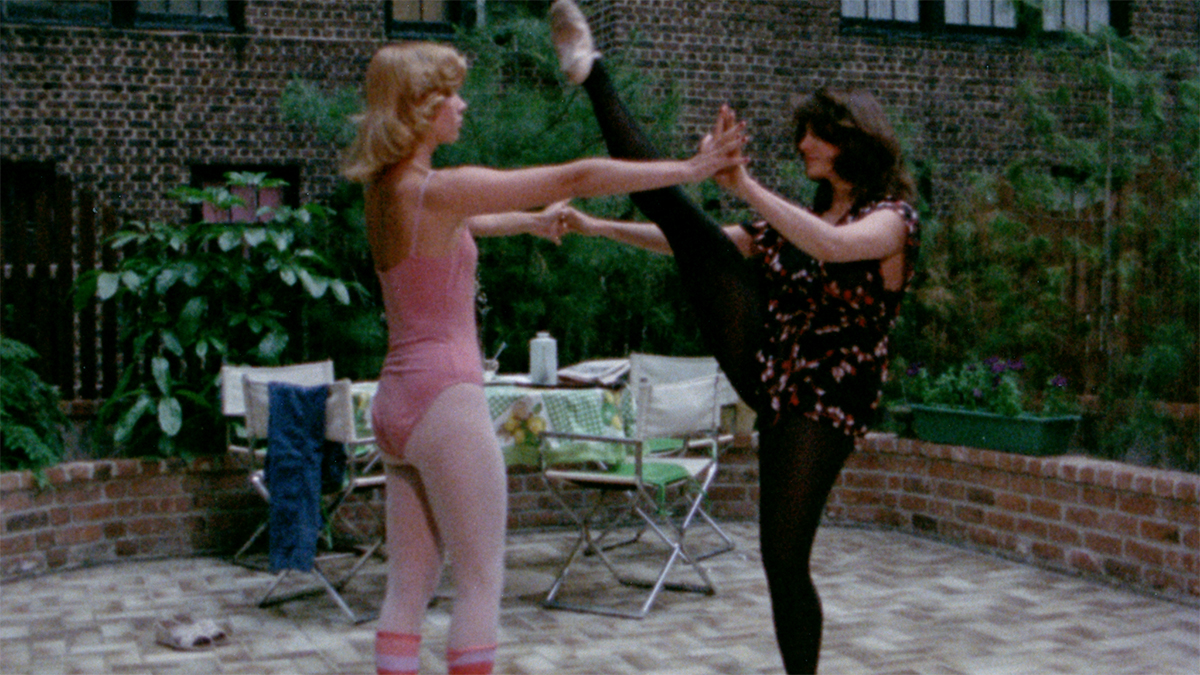 Check out some really kool ads/reviews and other rare ephemera: 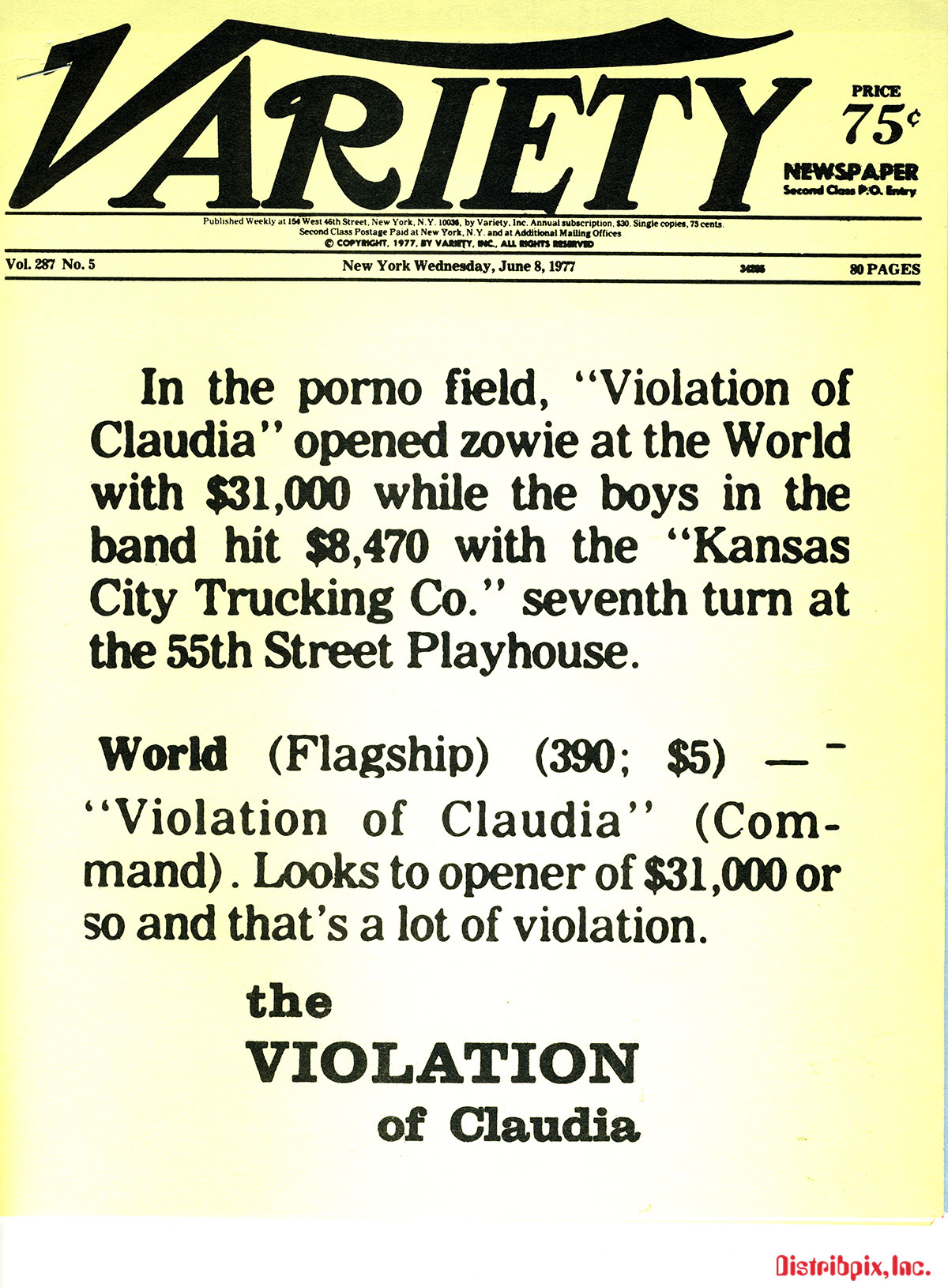 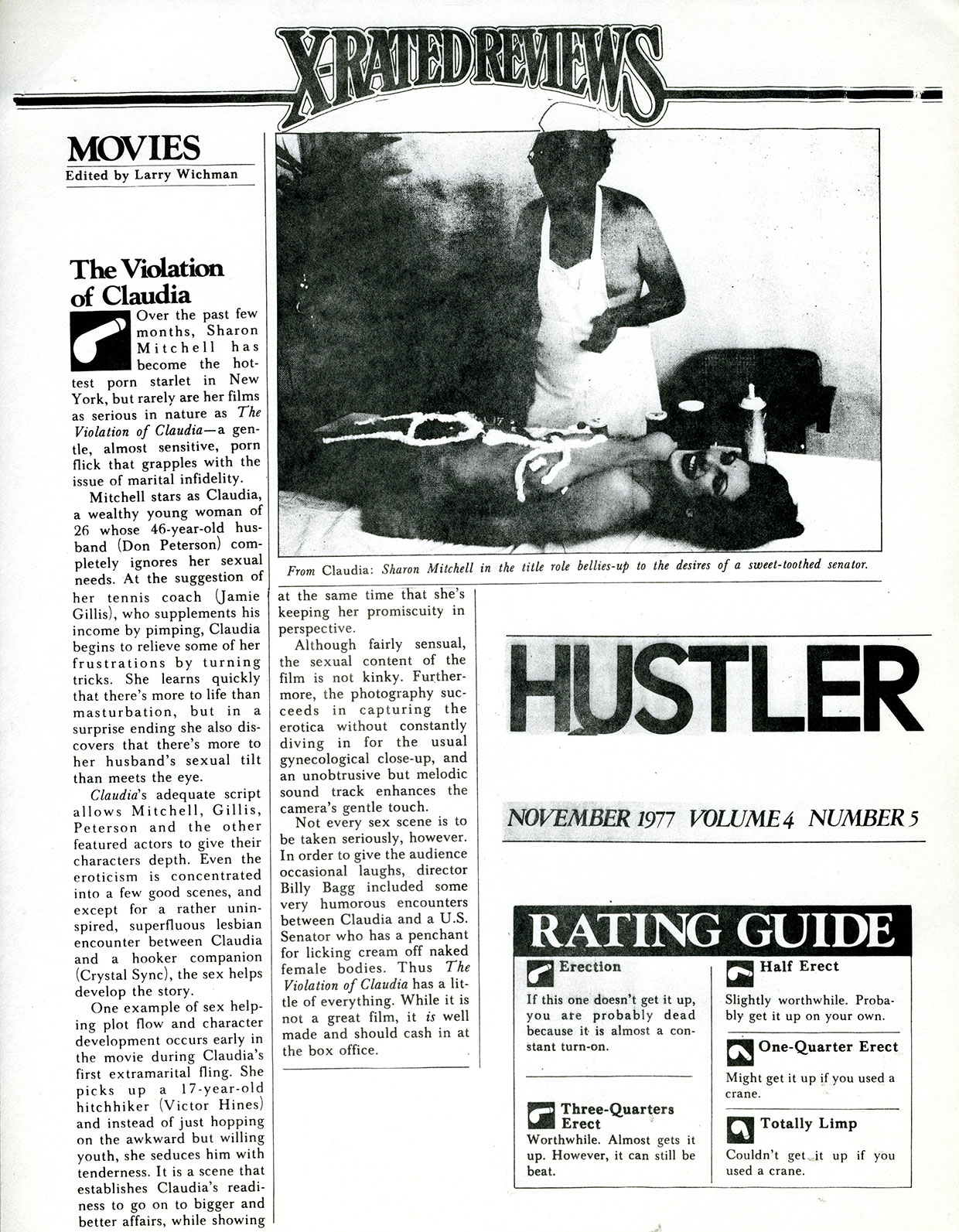 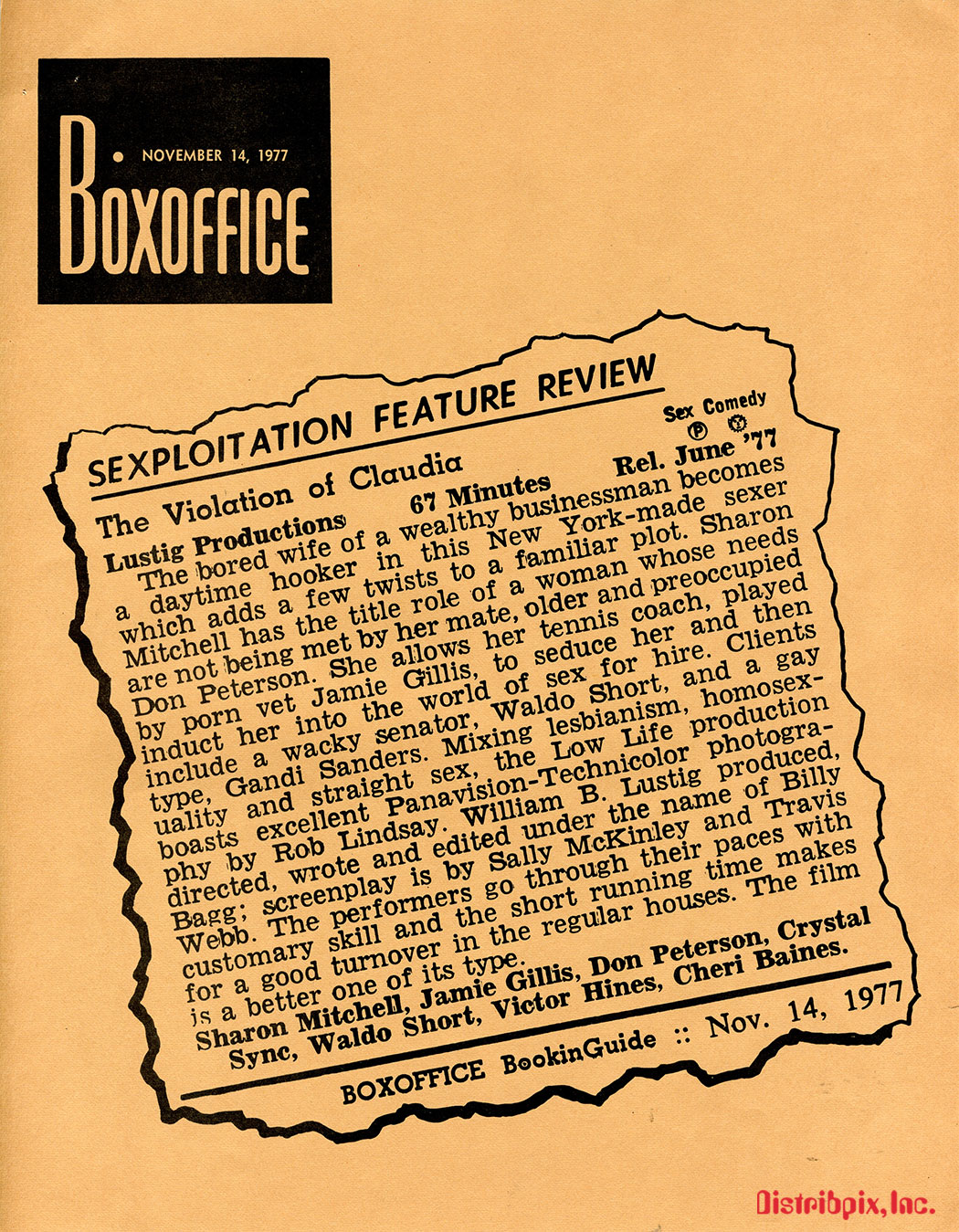 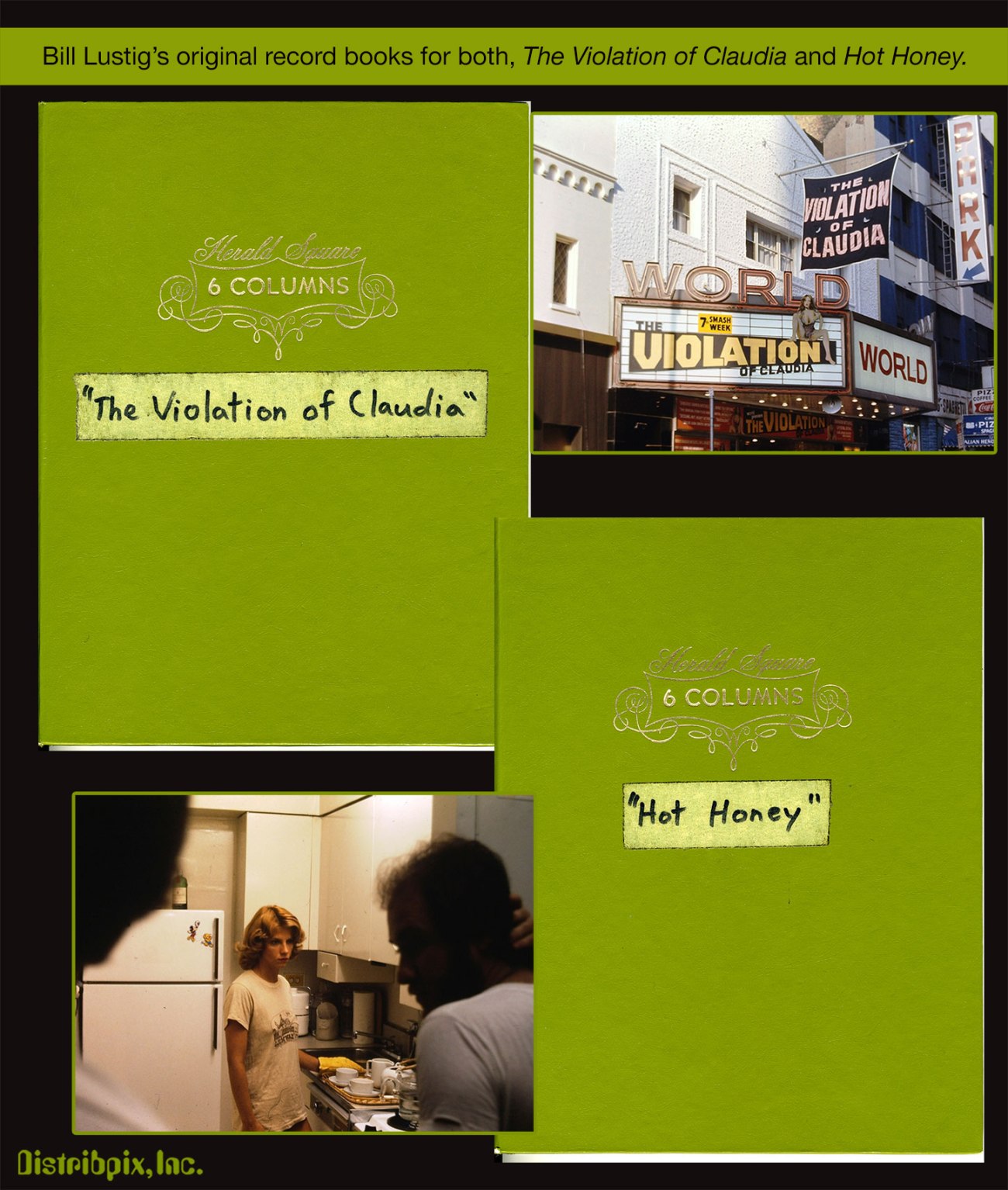 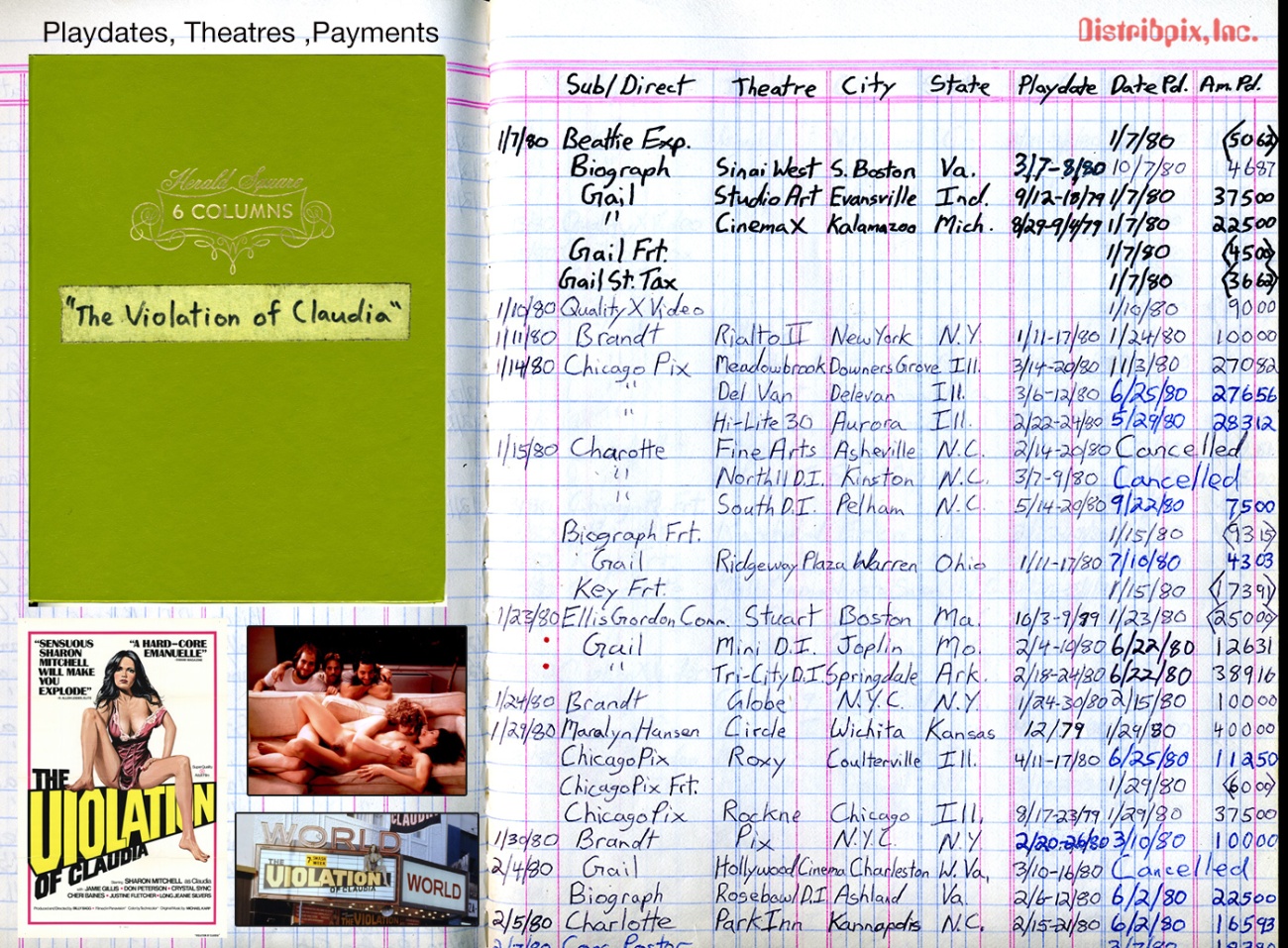 Original Playdate and Records for The Violation of Claudia

PODCAST: The Films of Billy Bagg…. Why did they call him Billy Bagg? How did he even end up making these films?  What kind of upbringing did he have? The answers to those question and many others are all contained within a concise podcast, between myself (Steven Morowitz) and Bill Lustig, it is very informative and descriptive. You can check it out, by clicking the link: BILL LUSTIG PODCAST.