Just another quick update on the ‘Roomates’ project. As you may already know we have taken a very serious approach to archiving and we are constantly doing as much as we can in our power to preserve this golden age legacy. We do that with film archiving, preservation, interviews, commentaries, collecting, etc. Some projects start and then stall and then start again, Thankfully, we were finally able to get the girls together!!

On Saturday afternoon we drove about 45 minutes north of LA into Ventura County to interview 2 of the sultry stars of Chuck Vincent’s sexual melodrama, ‘Roommates”. Veronica Hart and Kelly Nichols were both on hand and we had an absolutely wonderful shoot. We had several cameras, video and stills. There was an hour interview, with facts/stories that would blow your mind, which was follows by a full 89 minute commentary over the film. All of this footage will be part of the Roomates-Platinum Elite release, as bonus features ,etc. The footage we shot was excellent.

Other features planned for the relaease are a full length commentary with the infamous Larry Revene, who was Chuck Vincent’s DP, on almost everything. And maybe some other surprises……..

I want to thank the entire technical team, especially Paul and Dave, and a huge shout out to Cass, Joe and Casey….great job.

And of course, Veronica and Kelly–you guys are sweethearts.

Here are some behind the scenes pics from the shoot: 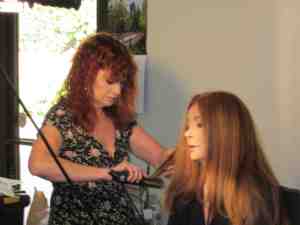 Hair and Make-Up, Kelly is a famous make up artist as well 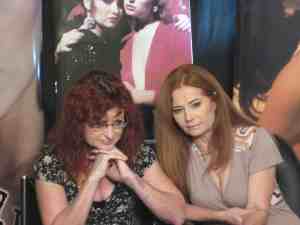