Last night was one of the most amazing experiences of my life. I have never before been to the New Beverly Cinema, and I was there to see Bill Lustig’s VIGILANTE!! . The entire experience was amazing. The theater, for those of you who have not been there, is exceptional. Clean, and very well maintained, the entire place is spot on and they know what they are doing.

The film was introduced by Bill Lustig and then there was a lengthy Q/A after the film, that was moderated by Brian Quinn of Grindhouse Film Festival. Several stars were present, Robert Forster, Fred Williamson, Frank Pesce. These guys truly have a wonderful relationship and it was a wonderful night, they were all incredibly nice, entertaining, funny and truly genuine.

I was amazed at the intensity of the film crowd, they were very involved, loud and lots of clapping when the bad guys get their due!!! It was awesome and they ran some great trailers before the show.

I am now on my way to a wonderful dinner in honor of Jane Hamilton(Veronica Hart) and then we will all be heading back the the New Beverly Cinema, for a midnight screening of Wanda Whips Wallstreet, it is going to be great, lots of giveaways and a great film with great trailers. Thanks again in advance to the New Beverly and Midnight Grind for all they do.

I will leave you with a photo that a very nice guy snapped of me and THE HAMMER, in front of the theater. 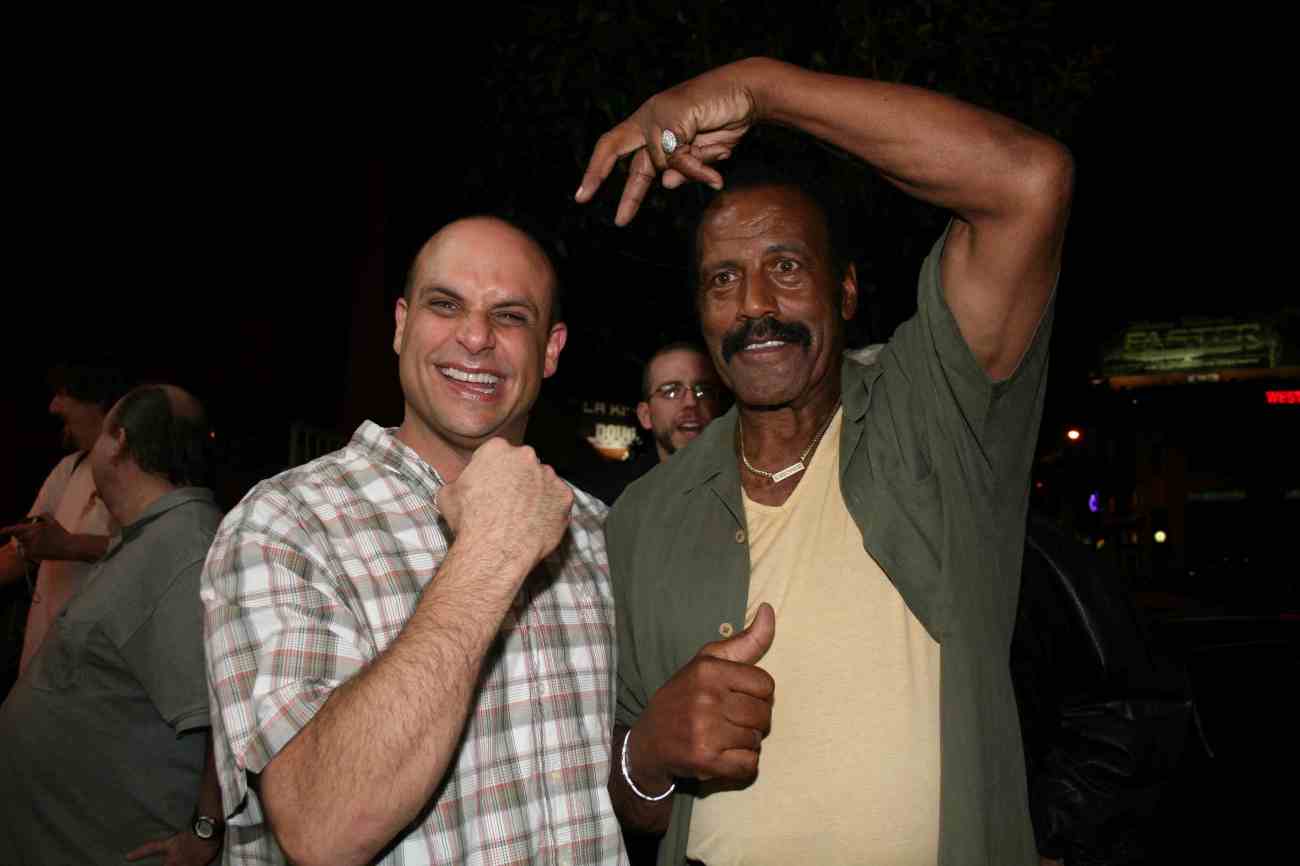 me and the "hammer"