We are very proud to announce that AVN has nominated both of our PLATINUM ELITE RELEASES for best classic DVD at the 2010 AVN awards show in Las Vegas. Both Maraschino Cherry and Deep Inside Annie Sprinkle have been nominated. We always have DVD’s nominated in the best classic DVD category, but we really never took it that seriously, as many people say that the awards are based on how much money that the studios spend with AVN, etc. We are a very small company, and we used to spend thousands of dollars per month on AVN advertising, not too mention that our company was one of the first adult companies to advertise in AVN, many, many years ago. Unfortunately, that has all changed. The fact that people say that the awards are kind of ” fixed” does not bother us, we are simply delighted to have the recognition, as that is all we look forward to. Plus, with all due respect to the other classic studios in the adult biz, not one of them can boast that they are doing all of there transfers, from original 35 mm negatives and certainly no one can argue the amazing treatment that has been given to these 2 nominated golden age gems. We are the only ones, that are doing it like this, not as an exception to the rule, but as our new standard, we have over 184 original film negatives to still transfer. This gives us an edge from the starting line. Our company spends literally thousands of dollars every month with our film transfer house and we are getting amazing results. What till you see what is coming in 2010!!! 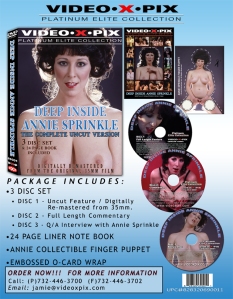 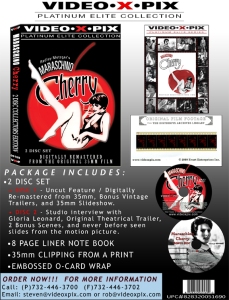 Thank you very much to AVN for the nominations.